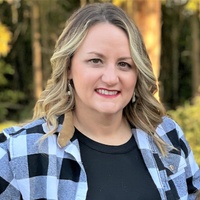 Mrs. Jackson has been defying the insurance industry long before woman have had a significant leadership role in insurance. Her leadership style and overall insurance knowledge has led her from a low-level team member to a top tier executive.

Barbee Insurance and Southern Capital Insurance:
In August of 2006, shortly before completing her BBA, she began working for Barbee Insurance Agency as a part time assistant. Within six months she had moved to full time and earned her 4-40

Customer Service Representative License.
In early 2008 Krystal earned her 2-20 General Lines Agent License. That year the agency became Southern Capital Insurance and she was promoted to head agent of the Crestview location.

Philanthropic Endeavors:
Krystal has always believed in giving back to the community. She began as a Team Captain for the local Relay for Life. Starting with the 2012 event she spent two years as the Event Chair for the Crestview Relay for Life. Her first year as Chair the event earned its first spot ever in the Top 25 for the entire state of Florida. Also as Chair, the event was awarded Nationwide Top Ten per Capita Award. She continues her involvement as a Team Captain as well as on the Committee responsible for hosting the event.

Additionally, Krystal is a large supporter of St. Jude Children’s Research Hospital, where her son is a patient. She has sat on a panel for the St. Jude Country Cares as well as spoke at several engagements to help raise funds and awareness for childhood cancer research. She continues plans for upcoming fundraising events in her local community.