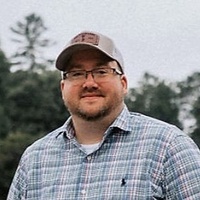 Southern Capital Insurance:
In 2008 Caleb was recruited by Southern Capital Insurance based on his outstanding performance with Nationwide. Starting out as a Customer Service Representative, Caleb earned his 4-40 License and advanced to Agent in 2009 by obtaining his 2-20. Caleb earned his own office and has successfully managed the Niceville, Florida location since 2009. Caleb was given an opportunity to take over a Trucking insurance book. He has excelled in that line of business and has more than doubled the book size since taking it over in 2012.

Philanthropic Endeavors
Caleb is very involved with his local community and is a member of several clubs in the Niceville area. He is currently with the Bluewater Bay Rotary Club which serves the Niceville community as well as international communities. He is also a member of Referral Leaders International where he was President in 2012. Caleb is a large supporter of St. Jude Children’s Research Hospital, where his son is a patient.

Personal Life
Caleb married the love of his life, Krystal Jackson in Savannah, Georgia in 2011. He has expanded his family with the arrival of Noah James Jackson on June 28, 2013.