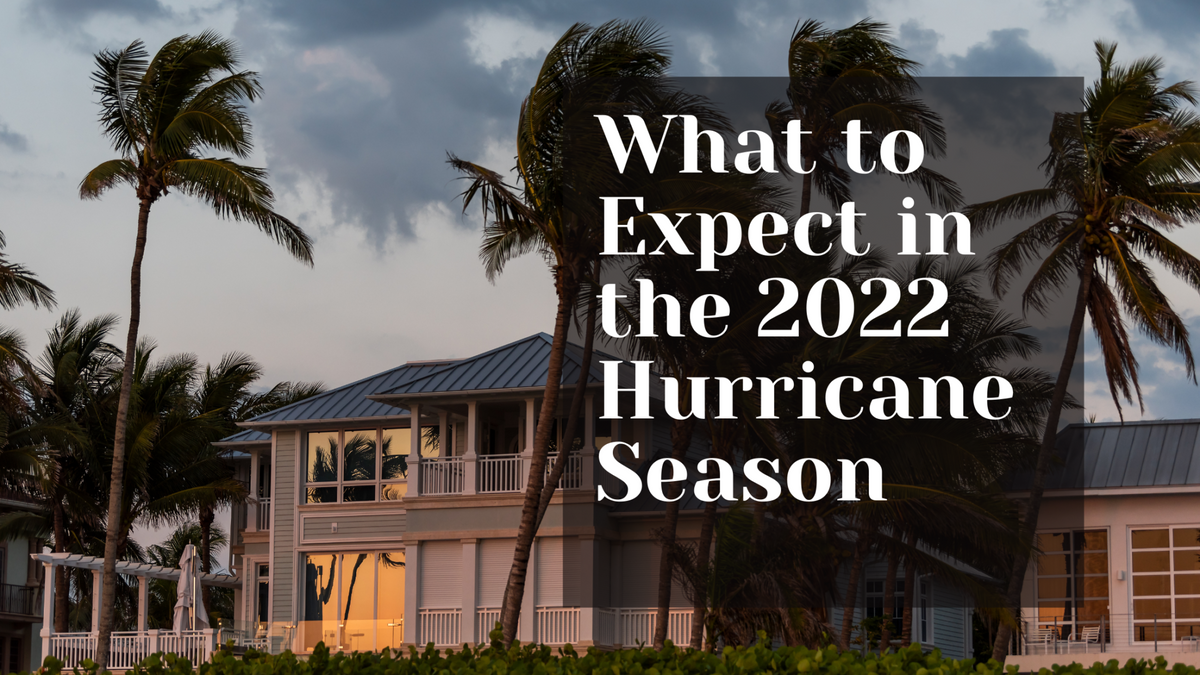 What to Expect in the 2022 Hurricane Season

Anyone that has lived in Florida any length of time knows that Hurricane season will soon be upon us, specifically June 1st. And the “Experts” have weighed in…

How many Major Hurricanes are predicted? Three to Five with top sustained winds of 111 mph or greater 😱. If you need a refresher on Category to Wind Speeds or you’re new to Florida here it is.

What does this mean in terms of insurance? Florida’s Home Insurance market is in crisis. Several carriers have filed to become insolvent and had to be taken over by the state or sold to other insurance carriers. This is not due to weather related claims as most people think. The primary reason is Property Claims Litigation.

According to the Florida Office of Insurance Regulation, Florida claims account for 8% of all home insurance claims in the United States, BUT 79% go to litigation and most of the time it is not the insurance companies fault. Florida homeowners have been “Educated” by the attorneys to hire an attorney anytime you file a claim. This adds added cost to the insurance company in legal fees. There have been countless examples where the attorneys got paid significantly more than the cost to cover the claim.

One case among the many is where an attorney received more than $42,000 in legal fees for a claim that paid $432.

One Major Hurricane in the right area of Florida could financially destroy the whole private home insurance market in Florida. What would be left is Citizens Insurance commonly referred to as “The Insurance Company of Last Resort”.

Citizen Insurance is the state-run insurance company that was designed to help Florida Homeowners who can’t get insurance through the private insurers. Citizens was never designed to compete against the private markets, but in recent years has seen a dramatic increase in new policies.

Citizens CEO Barry Gilway was recently quoted in a rate hearing “It was never intended by the Legislature that Citizens openly and aggressively compete with the private market insurance, but that is exactly what we’re doing today”

Currently Citizens has nearly 800,000 policies and is adding 32,000 policies per month. By the year end they could surpass 1 million policyholders. “We are literally netting over 5,500 new customers per week. Not month, but per week” – Barry Gilway

This fast paced growth along with the cost of litigation could potentially put Citizens into insolvency in the event of a major hurricane. The State of Florida would then have to add additional surcharges on all homeowners to bail them out.